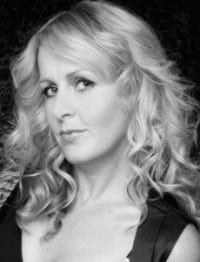 Tracey has travelled the globe on cruise ships as a cabaret performer and in productions shows. She is a successful tribute artiste, paying tribute to icons Anastacia, Madonna and Barbra Streisand.

Tracey’s appearance on STARS IN THEIR EYES as ANASTACIA on 17th January 2004 has been highly acclaimed. Tracey is now considered to be the ultimate tribute to Anastacia in Europe.

In 2005 Tracey toured in an excellent production show the BUTLINS MUSIC AWARDS. Tracey has visited Dubai and performed as Madonna and Anastacia in 2005 and 2008.

In 1991 Tracey starred in the prestigious on-board production shows for P&0’s Princess Cruises. Based in the United States where she remained for four years performing in many different production shows, as well as presenting her own show to American audiences.

1997-1998 – Studied for the certificate of Higher Education in Music at Birmingham University. The Royal Associated Board of Music Theory Grade V.