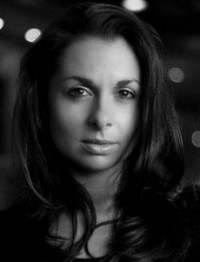 Tamsin trained formally in both classical singing and musical theatre at the renowned Mountview Theatre Academy in London. With a professional qualification behind her, she entered the ‘business’ swiftly, moving from cabaret in Blackpool to Production Casts in shows and musicals on cruise ships and in premier European resorts. Her career has required a variety of styles, from singing in elegant piano lounges, to big rock shows, highly creative theatrical productions and even support to Cirque du Soleil. In musical shows, Tamsin has played April in Company, Maria in Westside Story, Sally Bowles in Cabaret and Sandy in Grease. Pantomimes include Wendy in Peter Pan and the title role in Cinderella.

Much of her experience ‘at sea’ has been with P&O Cruises, where a highly energetic standard of performance was required. She was also lead singer in the TED UK cast for Sensatori Resort, as featured on GMTV, a new 5 star luxury concept in holidays, firstly, Crete in 2008 and, more recently Tenerife. This year Tamsin has been touring the UK Theatres in the show ‘A Night Of Musicals’, a tribute to all West End and Broadway shows.

Finally early this year, Tamsin settled in the UK for good, in Hinckley, Leicestershire, determined to develop her singing and performance career nearer to home. With her classical training and marked resemblance to Katherine Jenkins, she set herself a new challenge – to emulate the much respected mezzo operatic star. Now, Tamsin has her own successful show as a Katherine Jenkins tribute artist. However, she hasn’t left the glittering lights of the sun completely. Tamsin, now an accomplished Solo Artist, takes her own ‘Pop/Opera’ show onto the World Class Cruise Liners, both British and American.

Although her dedication to her work is total, she admits to having a chaotic personality. With little time to rest and relax Tamsin would like to take this opportunity to thank her everyone close for their continual patience.