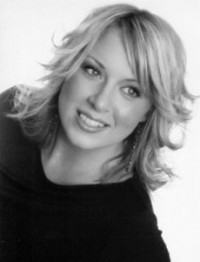 “An outstanding voice and a vibrant personality” quotes The Stage Newspaper after seeing Karen Dalton perform.

After training with The National Theatre, Karen’s performing career has taken her in many directions from London’s West End to Singapore and everywhere in-between!

Karen has toured U.K. theatres in lead roles and as part of the cast of ‘Me and my Girl’, ‘Money Money Money, ‘Forever in Blue Jeans’ and ‘Annie’ and when in London’s west end she headlined at ‘The Talk of London’ (Drury Lane)

Karen took to the high seas to perform as lead vocalist in stunning theatre shows onboard luxury cruise liners, when there her love for solo cabaret was also in full swing and she performed her dynamic show in the theatre with the orchestra.

When in the U.K. Karen performs at many venues including corporate events, military functions, holiday centres and theatres.

Karen’s extensive repertoire and vocal ability means you will hear songs in many styles including jazz, swing, motown, pop and her favourite songs from West End and Broadway musicals.

Karen is every bit the professional on and off stage.